A FAILURE OF NERVE, Paideia Book Club – If Edwin Friedman were a musical composer, he would compose and conduct a most dissonant score. This chapter is that score. 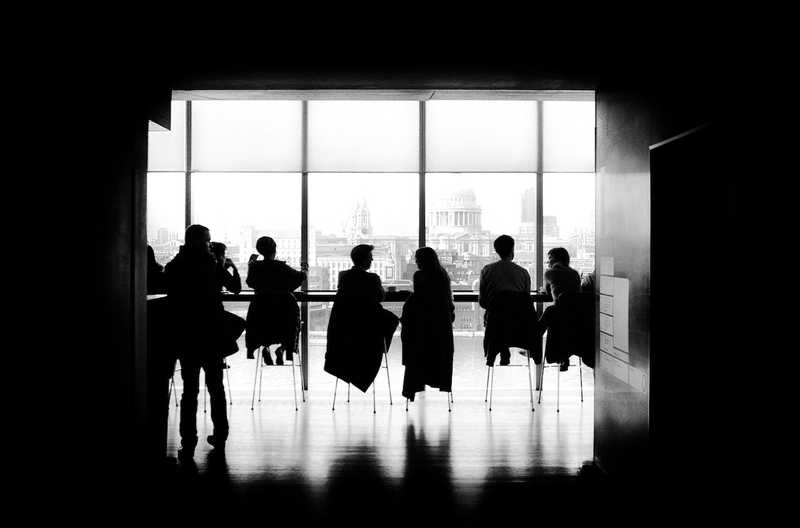 It is written with utmost rigor and as confrontational as any collegiate debate scholar.

Friedman has chosen to wrestle with the democratic ideology of empathy; upending all western civilization’s affinity for the concept.

Friedman asserts, “on the most fundamental level, this chapter is about the struggle between good and evil, life and death, what is destructive and what is creative and dependency and responsibility.

Consequently, in the deepest realms of personal existence, it unveils the battle between what is evolutionary and what is regressive.”

Upon this aim Friedman commits with a resilience that is blind to any experience outside of the Caucasian one. It is at this juncture where I depart from Friedman.

His initial example is an account of him conveying what he purports to be “universally, challenging ideas about the orientations of stuck civilizations and the evolutionary value of adventure.”

This assertion is in reference to his “presentation to a large group of community leaders about” his *“ideas on imaginative gridlock and the great sixteenth-century explorers.

To Friedman’s chagrin, one of the attendees burst into critique saying, “‘that was one of the most boring presentations I have ever heard, and I am deeply hurt by your ethnocentric bias.’”

It is Friedman’s central premise that is most disturbing; only considering the colonist, the Caucasian man’s sense of adventure, which came at a great cost to African peoples and the indigenous peoples of America.

To regard the Caucasian man’s adventurous nature as vital to the evolution of his society is irresponsible and shameful.

What Friedman regards as adventure, many others experienced as oppression; however, agreement is struck when he states “the second emotional barrier to reorienting leadership in our time: the focus on empathy rather than responsibility.”

Not departing from his earlier stance, Friedman builds upon the argument against empathy by stating, “empathy may be a luxury afforded only to those who do not have to make tough decisions.”

Leadership, if Friedman’s estimation is to be taken seriously, has no room nor time for empathy because it leads to hyper-intensifying the anxiety already present in the system to which real leaders will address.

Friedman shifts his focus to the analogy he conveys of parasitic and cellular malignancies that attack the body.

Writing as a diagnostician, Friedman embarks upon a biological and sociological diatribe of life-forms and their effects upon the human body in efforts to convey one simple point.

Whether the human be afflicted with a virus, which has no self-defined structure and only enter cells which do; or a malignant cell, which defies the natural formation of cells with no sense of connectedness to other cells in the body; or troubled organisms, which have the capacity to overrun the mature organism making it subject to it brings but one result - empathy and at a great cost - health.

This paradigm is easily extrapolated to families, institutions, governments, synagogue and churches. All are prone to capitulate to empathy, which according to Friedman makes the strong weak for the sake of the weaker.

Empathy in Friedman’s opinion removes self-regulation and responsibility from the weaker and permits a parasitic lifestyle, which ultimately erodes society.

The normalization of empathy increases in societies where anxiety runs rampant and citizens feel they have no viable option or response; however, Friedman believes, “our response is always far more influential than our chronically anxious society leads us to believe.”

Friedman’s culturally lopsided adventure analogy fell far short of grasping the whole of his readership; yet, he was successful in articulating through such a dissonant aesthetic the ramifications of a society gripped with anxiety and empathetic impulses.

Friedman’s great concern for authenticity in society is threatened by a society overtaken with empathy in place of integrity.

Friedman’s integrity is not one of moral quality but “the sense of wholeness and coherent organization.” As such, an organization, church or synagogue is able to grow healthily because the institution can levy a proper immune response to empathetic infection.