The transition from single-life to a committed marriage is like crossing the red sea. A lot of people simply aren’t going to make it, because it takes a lot more than just having faith in God.

While the U.S. divorce rate has decreased over the past decade, from 50% to 39%, it’s not a result of traditional values.

Couples are singing to a completely different tune.

Research shows that millennials have a unique spin on marriage.

There’s a new-aged crave for happiness, and millennials are stirring the pot to satisfy their own appetite.

In so much that according to the 2019 U.S. Census report, far more people are cohabiting, instead of getting hitched.

HOW DID I GET HERE? 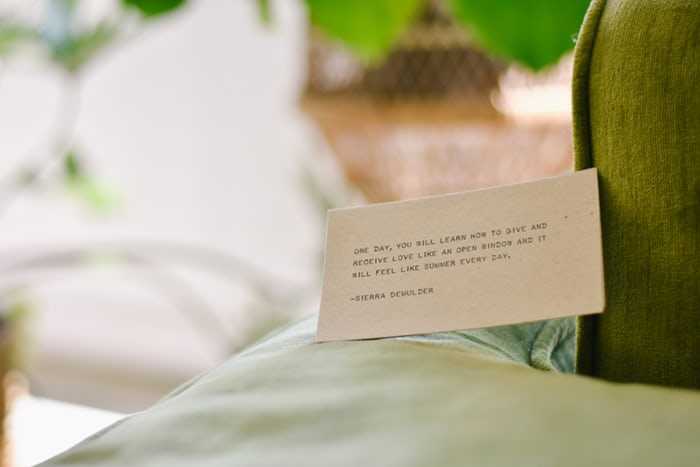 Perhaps millennials have cracked the code to “happily-ever-after” – instead of buying the cow, their moving into the manger and getting the milk for free.

Shacking up no longer carries a negative connotation in our society.

They live together before marriage, try things out first, and if the relationship fails, they simply part ways.

Simply stated, some people just don’t want to get married.

If this is the case, chances are you shouldn’t try to convince them to make a major decision.

You will probably regret it later.

However, don’t let loneliness get the best of you either – LEARN HOW TO LOVE YOURSELF FIRST.

Moving in together without a marriage certificate is like flying a plane without a license, things can unexpectedly go wrong.

Studies have shown that low-income couples tend to move in together sooner than college-educated ones.

Couples who move in together sooner are less likely to get married.

Suddenly, you realize you were cohabiting because all the while, you were in the relationship alone – there was no real sense of commitment.

Nothing was officially or legally binding you together. If marriage is nothing more than a mere piece of paper, why not get married?

Money is a mere piece of paper, but you certainly chase after that.

So, the answer is simple.

I get it. Both men and women love the idea of feeling loved, appreciated and celebrated. We tend to crave the comforts that come along with the idea of falling in love.

But we seem to forget that long-term relationships require compromise and sacrifice, and these are typically ingredients to a committed marriage.

Along love’s journey, it is likely that you will suffer from some ambushes.

As a result, most couples bind themselves together in marriage for better or for worse to fortify their relationship from seasonal attacks.

Until the worst actually happens, those vows don’t mean a thing.

On top of that, trying to find the daily balance between self-fulfillment and selflessly caring for a spouse will leave you wondering, “How did I get here?”

WHEN YOUR SPOUSE SECRETLY DESPISES YOU

Every childhood fairytale seems to end with the expression, “And they lived happily ever after, THE END.”

After your wedding day, you realize that the narrative ended prematurely.

Your personal experience will define the rest of your fairytale.

ARE YOUR WEDDING BANDS HANDCUFFS?

After the wedding cake is cut and you realize that you’ve jumped the broom into a dust storm of disappointments, now what? 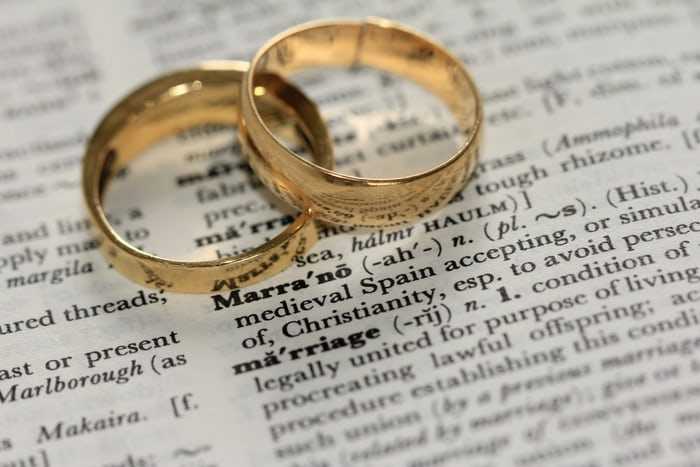 Since the nuptials, the way he used to make you feel fades into a distant memory, and the things she used to do, “she’s don’t do no-more”.

Some marriages spiral downward within the first 3 years, others get plagued with a disease called the 7-Year Itch.

There are a variety of reasons why marriages unexpectedly fail.

Unfortunately, there’s always two-sides to every story, and sometimes there’s a third side called, “The Truth”.

However, upon divorce, the index finger stays stuck pointing in the opposite direction.

“I do” suddenly turns into “She didn’t do this,” and “He did that.” The gloves are off and all hell breaks loose.

Family and friends are forced to take sides, but nobody truly knows what happened behind closed doors.

Ultimately, all marriages end in divorce because of your own inabilities and shortcomings.

It’s easy to examine the mistakes, failures and poor choices of others, but marriage is a mutual commitment.

You knew humanity was flawed when you entered this contractual agreement for better or for worse.

Suddenly, somebody convinced you that “you deserve better.”

Everywhere you look now, there’s a sign, a subliminal message, a motivational speaker, and a new-aged life coach telling you that “you deserve to be happy.”

However, there are ways to be happy and be true to yourself, at the same time.

Your wedding bands are not handcuffs. You are not under arrest, you are not guilty, and you have not been charged. Remember, you are not on trial.

There are other solutions to resolving issues in your marriage rather than dissolving your biggest dream in divorce court.

Unless you make poor relationship choices and you married someone who is physically threatening your life.

BAD CHOICE FROM THE BEGINNING

Some people make bad choices right from the start.

They race from the bedroom, to the delivery table, and then straight to the altar. An unwed pregnancy is no reason to get married. 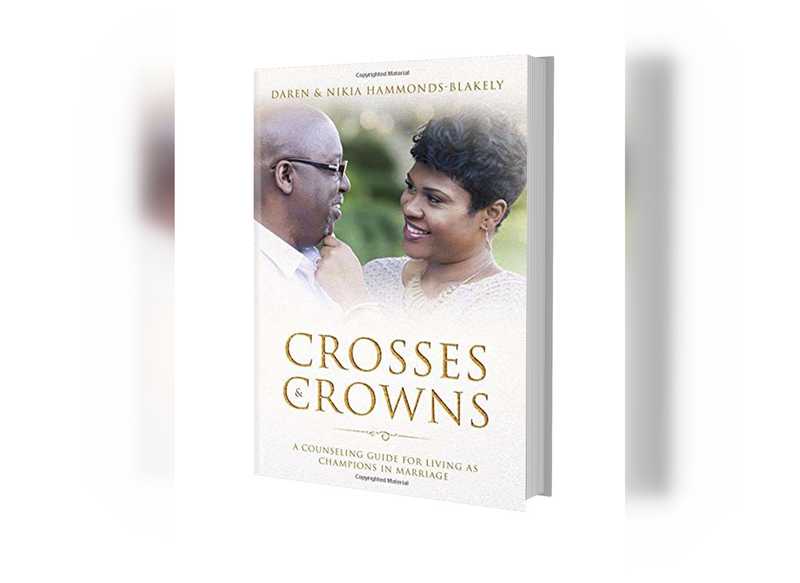 Neither is getting married for sex, money, peer pressure, and social norms – all of these bad choices will likely end with a nightmare.

Getting married to someone without spending quality time with them during some of their worse and best seasons is also a mistake.

Why commit to “better or worse” when you have no idea how that individual will handle either.

Learn how people respond to life’s situations before you blindly say, “I do.” Don’t make a bad choice from the beginning and then try to point the blame in the end.

Far too many times you’ll hear divorcees say, “I had no clue he/she was like that.”

Who’s fault is that?

Why did you cluelessly get married? Or did you have no clue that you lacked the common human ability and decency to forgive someone you claim to love?

I get it. I actually read a book about it, it’s called “Hurt People Hurt People” by Sandra D. Wilson.

While divorce should absolutely never be an option, we must accept that people make bad choices.

Perhaps your bad choice was marrying a cheater, a gambler, a liar, a bad person, or someone who simply has no drive or ambition, either way, it was your choice.

So, unless your life is in jeopardy, deal with it – accept your own failures, flaws and faults and get a divorce, or fix yourself and work on your marriage.

The moment you walk out on your mistake without accepting your own blame, you’ll take the same garbage to a bigger mansion.

Truth is, counseling works. A lot of people don’t believe in therapy, especially black folks, but it actually helps.

Even when you get to the point of packing your bags, thinking evil thoughts, untying your finances, and sleeping in separate rooms, with the right combination of support, your marriage can survive. 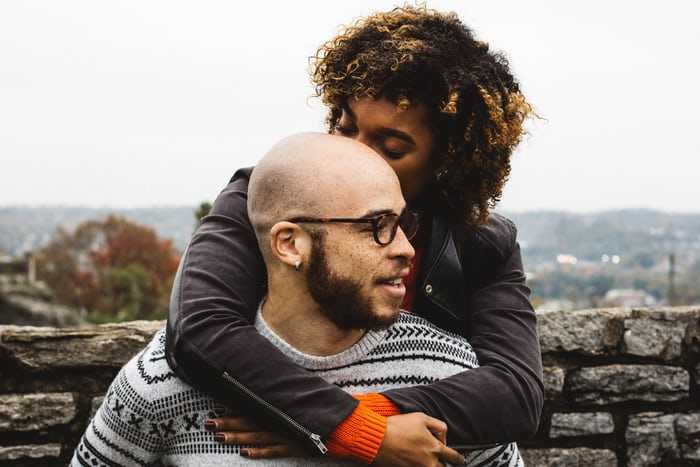 The reason you feel so passionate about your spouse is because there is a thin line between love and hate.

If you didn’t love one another with all your heart, you would spend so much negative energy allowing hateful thoughts to circulate through your mind – unless you were raised to be a hateful individual.

Marriage is something worth fighting for – it’s a reflection of who you are internally, believe it or not.

It will be equally as complicated to maneuver back to the beaten path as it was to detour onto the rocky uncharted territory.

But what does marriage mean to you? Is it worth it?

When you got married, everything changed, the husband even gives his own name to his wife – the two somehow become one in so many ways, physically and spiritually.

Getting back on the right path will not be easy, but it will be worth it, because having a wedding is what we do, but marriage is who we are.

Hang in there, this is not the end.