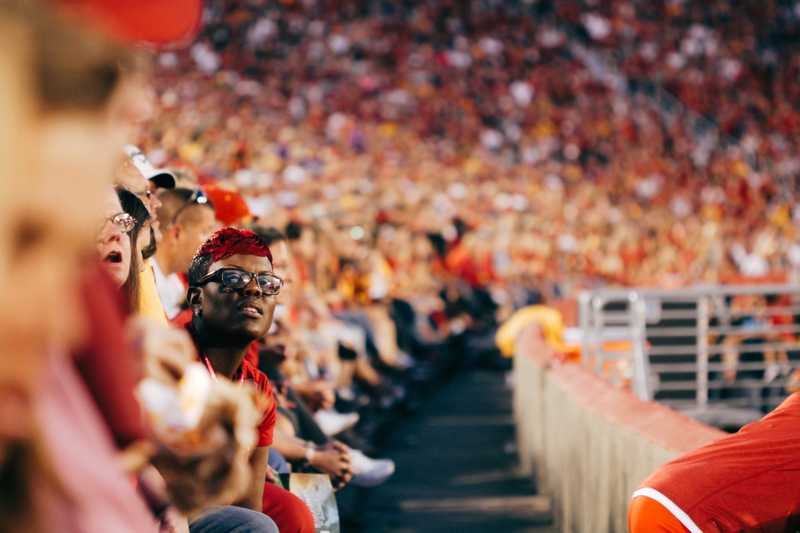 Spectators have the granite opportunity to sit, observe, enjoy and critique without getting involved. They get to give an opinion with no sweat, tears, effort or dirt on their hands.

I watch the sport of tennis with great zeal, especially when my son is playing – I spectate. I can see everything. I know everything that’s happening. I know what he should do with the next ball to win the point.

When spectating, I am a genius; unfortunately, spectator genius is unreliable. It may be of some value, because it lacks the most critical element – engagement. The spectator is relaxed and offers a casual commentary.

Spectator opinion is not forced to be applied in the moment, in the heat of the battle, or under the pressure of the opponent. This is where the adage, “It’s always easier from the sideline,” takes its wisdom.

They pass through the pews, sit in the stands, and take a stance on the sideline critiquing Christians in the sport of life. Some even author extensive works of literature with criticism of Christians and the church.

They take a lopsided approach at disproving the Word of God, extracting what suits their argument, and hurling attacks at Christians and the church. Christians hear these hisses and alleged academically sound arguments, afterward, far too many become unnecessarily discouraged.

There is great risk that comes with being a spectator.

Biblical truth is not for the spectator, it’s for the athlete – the believer that takes to the field of faith. Studying the Bible does not make you a religious scholar, no more than studying chemistry makes you a chemist.

Christians engage in the sport of life in pursuit of that which is greater than humanity. Training takes place during the competition.

This is risky, because negative naysayers and spewing spectators, believers and nonbelievers alike, give opinions without getting involved. They echo unreliable genius on brave individuals who face God’s truth despite frailties and vulnerabilities.

In spite of spectators, the Christian must remember that the truth of God illustrates how incomplete we are without Him.

The Christian must move beyond simple belief.

Despite his loud roar, the adversary of the Christian soul trembles in the face of faith. The Christian must have faith – belief in action.

Faith is not for the faint of heart or the spectator, it’s for the brave – the Christian athlete.